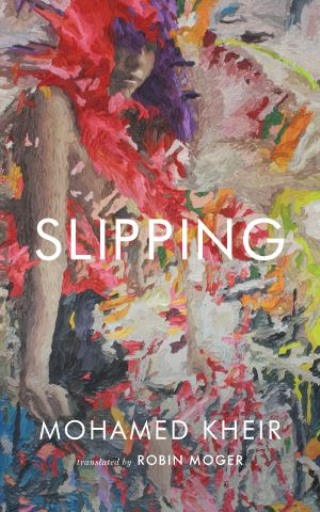 Egyptian novelist, poet, journalist, and lyricist Mohamed Kheir is the winner of multiple literary awards, including the Sawiris Cultural Award (twice, once in 2011 and again in 2016) and the Egyptian Ministry of Culture Award (also twice, in 1998 and 2001). Slipping, his latest novel and his first available in English, written in 2018, has garnered glowing reviews from Egyptian writers and critics. A work that unfolds in parables and anecdotes, Slipping uses the art of storytelling—of rising tension, questions that propel the reader forward, and calculated revelation—to tell the story of two journalists rediscovering their country’s most obscure, magical places and tales. In Slipping, Kheir conjures a distinct brand of magical realism, one borne out of local legends, spectacles and mysteries both natural and manmade, to create a beautiful, musical novel that will appeal to readers of Haruki Murakami, Gabriel Garcia Marquez, and Antonio Tabucchi.