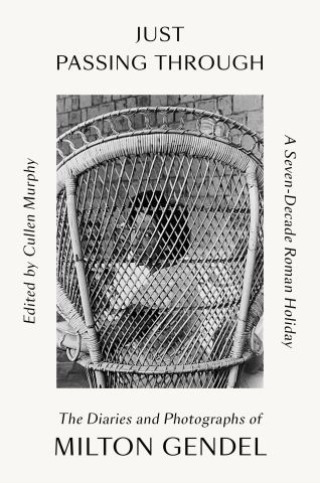 A Seven-Decade Roman Holiday: The Diaries and Photographs of Milton Gendel

"Milton Gendel had the good fortune to have lived a wildly-entertaining life in Rome—a charmed, romantic period he captured in diaries and photos. Milton had the further good fortune to have Cullen Murphy bring this vanished dolce vita to life." —Graydon Carter, coeditor of Air Mail

“I’m just passing through,” Milton Gendel liked to say whenever anybody asked him what he was doing in Rome. Even after seven decades in the Eternal City, from his arrival as a Fulbright Scholar in 1949 until his death in 2018 at the age of ninety-nine, he refused to be pigeonholed. He was always an American—never an “expat,” never an émigré—but he also couldn’t leave, so deep were his ties, and this dual bond left an indelible imprint on his life and art.

Born in New York City to Russian immigrant parents, Gendel first made his way to Meyer Schapiro’s classroom at Columbia University, and from there to Greenwich Village, where he and his friend Robert Motherwell joined the circle of surrealists around Peggy Guggenheim and André Breton. But it was Rome that earned his enduring fascination—the city supplied him with endless outlets for his curiosity, a series of dazzling apartments in palazzi, the great loves of his life, and the scores of friendships that made his story inextricably part of the city’s own, from its postwar impoverishment through the years of il boom, and well into the twenty-first century.

Gendel did much more than just pass through, instead becoming one of Rome’s foremost documentarians. He spoke Italian fluently, worked for the industrialist Adriano Olivetti, and sampled the latest currents of Italian art as a correspondent for ARTnews. And he was an artist in his own right, capturing the lives of Sicilian peasants and British royals alike on film and showing his photographs at the Roman outpost of the Marlborough Gallery. Then there were his diaries, a casement window thrown open onto a who’s who of artists, writers, and socialites sojourning in the city that remained, for Gendel, the Caput Mundi: Mark Rothko, Princess Margaret, Alexander Calder, Anaïs Nin, Gore Vidal, Martha Gellhorn, Muriel Spark. His longtime home on the Isola Tiberina was the nerve center of the dolce vita generation, whose comings and goings and doings he immortalized in both words and images.

Here, for the first time in print, are the diaries and photographs of Gendel, selected and edited by Cullen Murphy. Just Passing Through brings together the most striking artifacts of one of the past century’s richest and most expansive lives, salted with wit and insight into the figures who defined an era.

Milton Gendel: Milton Gendel (1918–2018) was an American photographer and art critic who lived and worked in Rome. He studied at Columbia University and served in the US Army in China before moving to Italy on a Fulbright Scholarship, where he worked as a correspondent for ARTnews. His photographs have been shown in numerous galleries in Italy and abroad.