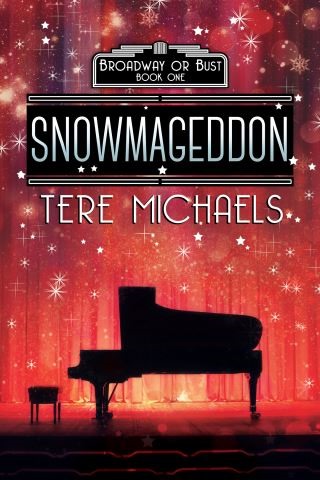 Come the New Year, Luca Vocci is reluctantly headed to LA to start a new life he isn't sure he wants, far away from his beloved New York City and the lights of Broadway. Until then, he’s directionless, without his spark or any idea what to do next—so, with the holiday season upon him, Luca agrees to do a favor for an old friend and his high-school theater class. Everything goes according to plan until a snowstorm traps Luca in a house with six rather dramatic teenagers, two chaperones with relationship problems, and three unexpected guests. For Luca, the house is full of memories—and now, music. Maybe the spark he’s looking for is hiding in plain sight.

Tere Michaels: Tere Michaels unofficially began her writing career at the age of four when she learned people got paid to write stories. It seemed the most perfect and logical job in the world, and her path was never in question. She writes happily ever afters in the big city—with heaps of snark, angst, and humor. Her focus is on characters and all the ridiculous ways they trip through life and love. She has written fifteen books, including her popular Faith, Love & Devotion series and the multilayered dystopian saga The Vigilante.