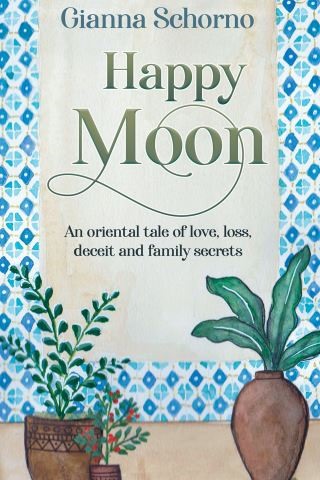 An oriental tale of love, loss, deceit and family secrets

West coast of Turkey, 1993: Everything seems to be going well for Yasmin, an ambitious 22-year-old. She has landed her dream job, has recently married her love, Metin, and is expecting her first baby. But a series of terrible events mar her happy life and leaves her heartbroken.
Marrakesh, Morocco, 2005: While playing around with his cousin in the family home, a 12-year-old boy finds his secure world crashing down around him after he happens to stumble upon some long-hidden secrets about his origins.
Marrakesh, Morocco, 2012: Yasmin, now 42 years old and living in London, is on holiday in a small hotel after breaking up with her fiancé. She is drawn to Tahiri, the hotel’s owner, and they begin a relationship. Unbeknownst to her, Tahiri holds the key to a series of mysteries dating back to 1993 and her doomed marriage to Metin…

Gianna Schorno: Gianna Schorno was born and raised in Zurich, Switzerland, where she completed her school and study years. Her family origin is Italian among others, and she had always been a bit of a nomad. She decided at a very early age to leave Switzerland, to travel, to work abroad and to explore the globe. Her knowledge of various languages, her love for nature and her keen interest in getting to know different cultures, religions and life-styles, has taken her on many travels around the world. She has lived in various countries, including Canada, Turkey, Dubai (UAE), Ecuador and Peru. She developed her passion for writing during her time living in the Peruvian Amazon. Her stories are based on real life experiences and also include many travel adventures and cultural aspects of the countries where she has lived and worked. She currently resides in the United Kingdom.