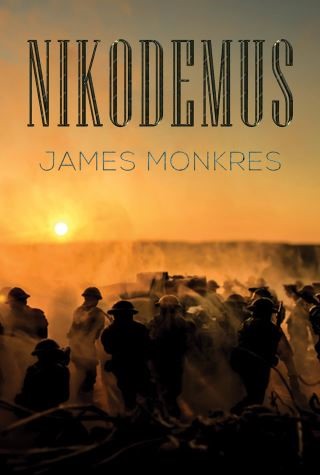 Nikodemus is an alternatively modern take on the fantasy genre. Magic and FBI Agents don’t usually mix. Nikodemus appears at the beginning of an investigation into the abduction of a United States Senator’s daughter. He takes an agent on a wild ride travelling “between” to bring three suspects from Pennsylvania to Texas. Mages, seekers, and necromancers lock horns with FBI agents, private investigators, and media, battling glamourous animals and glamourous minions.
Bodies start to pile up. Then there is a showdown between a seeker and a mage on the streets of the Stockyards in Fort Worth, Texas in front of hundreds of witnesses. Help comes from an unexpected source. By the end of this first instalment there will be some answers, but more questions arise. Who is the Egyptian woman? What does she really want?

James Monkres: James Monkres is a new author from Texas. While this is his first novel, he has written as a hobby for years. He recalls reading an interview with Stephen King in which Mr King said that when he was writing, he felt like he had found the button that started the bulldozer that was taking up so much space in his head. This is one story that Mr Monkres finally got out of his head.