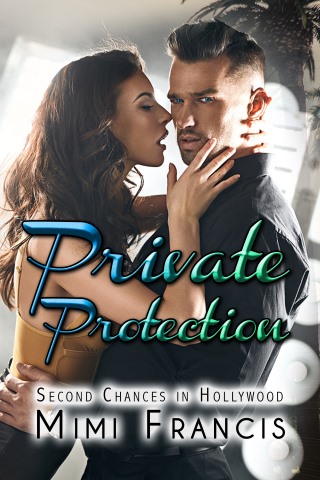 Protecting her is the hardest job he's ever had...
Alex Peters is Primetime Securities best bodyguard. He has what it takes to protect even the most difficult celebrity. He's worked with major celebrities like Chris Chandler and his girlfriend Sofia. His latest assignment is a big-name actress who has been receiving death threats. She has a reputation for being stubborn, snotty, and a diva. But worse than all that, she has an uncanny resemblance to his dead wife.
Miranda Putnam is used to getting her way. She doesn't need protection and she doesn't want it. She's not afraid of a bunch of stupid death threats. She just wants to be left alone to live her life without being told what to do. Especially not by her incredibly annoying and incredibly handsome bodyguard, Alex Peters.

Mimi Francis: Mimi Francis makes her home in the sweltering southwest with her husband and dogs. After spending a few years writing fanfiction in several fandoms, she tried her hand at original fiction. When she’s not writing, she’s binge-watching TV and movies, spending time with her husband, or crocheting.