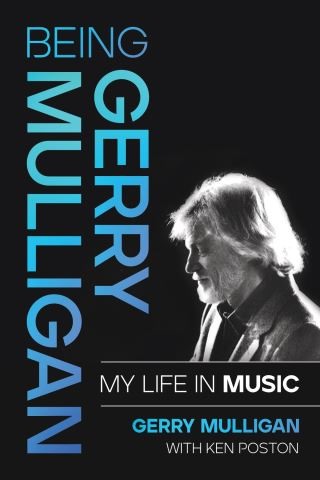 My Life in Music

Being Gerry Mulligan: My Life in Music is an intimate chronicle of Gerry Mulligan’s life and career, told in his own words. This personal narrative reveals great insight into the musician’s complex personality. He speaks freely about the important milestones in both his personal and professional life, bringing a new understanding to the man behind the music.

Gerry Mulligan was one of the most important figures in the history of jazz. He was extremely influential as both a composer/arranger and as an instrumentalist. His career spanned an amazing six decades, beginning in the 1940s and continuing up to his death in 1996. Within that time, he worked with almost every major jazz figure, including Duke Ellington, Miles Davis, Charlie Parker, Billie Holiday, Thelonious Monk, and Dizzy Gillespie, as well as his own illustrious groups that featured the likes of Chet Baker, Bob Brookmeyer, Art Farmer, and Chico Hamilton.

As a composer, his music was distinct and original. His melodies were masterpieces, logically structured and filled with wit and humor. As an arranger, his linear approach and clever use of counterpoint helped define a new standard for modern jazz orchestration. As an instrumentalist, he is the most significant baritone saxophonist in the history of jazz. Gerry Mulligan single-handedly established the baritone saxophone as a solo voice. As one of the great jazz innovators, his writing and playing influenced entire stylistic movements, including cool jazz and bossa nova. This is his story, the way he wanted it told.

Gerry Mulligan learned to play piano when he was two and sold his first arrangement when he was sixteen, beginning his six-decade career as a composer, arranger, saxophonist, and conductor. Mulligan traveled the world for his music and won countless awards, including a Grammy Award in 1981 for “Best Jazz Instrumental Performance by a Big Band.” His album, Birth of the Cool, was inducted into the Grammy Hall of Fame in 1982. The Gerry and Franca Mulligan Foundation was established in 2001 after his death in 1996 to fulfill his wish to support talented young musicians and inner-city schools.