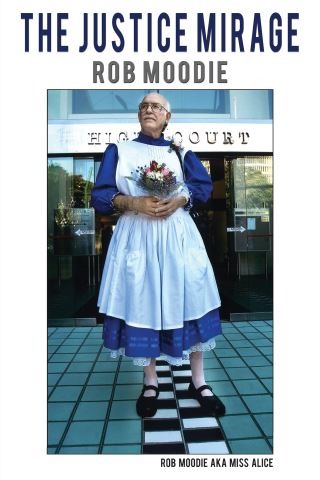 When he graduated with a First Class Honours degree and Doctorate in Law from the Victoria University of Wellington, New Zealand, it took only a short time in practice as a barrister to convince Rob Moodie that legal practice was not for him. Then, after many years spent farming, supporters of Police Superintendent Alec Waugh, who had been inadequately defended and wrongfully convicted of expense claim fraud, persuaded ‘Farmer Bob’ to look into his case. Dr Moodie discusses in this book the successful Waugh Royal Prerogative Petition and then a myriad of other miscarriage of justice cases that show how a combination of systemic justice system failings, dishonest officials, incompetent lawyers and/or bumbling judges, reduce our concept of Justice to a mirage.

Rob Moodie: Former State Ward, Rob Moodie put himself through university and became a prominent New Zealand Forensic and Litigation lawyer. The Justice Mirage provides a summary of Rob’s difficult childhood, the aggravation of a reading disability, his taunting disregard for the male ethos and its accompanying rigid stereotyping, and his State Ward provoked lifelong distrust of officials. This book summarises a few of the difficult cases Dr Moodie handled in support of his contention that the Western Democracy concept of ‘Justice’ is, for too many, an illusory mirage.